Research Article
Early Complications of Endoscopic Endonasal Trans Sphenoidal Surgery for Pituitary Adenoma
Background: Endoscopic endonasal transsphenoidal surgery is the most commonly adopted surgical procedure for the management of pituitary adenoma. There are some complications associated with this procedure.

Objective: The objective of this study was to determine frequency of early complications of endoscopic endonasal transsphenoidal surgery for pituitary adenoma.

Materials and methods: This observational descriptive case series study was performed at department of neurosurgery Lady reading hospital Peshawar. Duration of study was 3 years from Jan, 2016 to dec, 2019. All those patients diagnosed 1st time as pituitary adenoma planned to be operated through endoscopic endonasal transsphenoidal technique with either gender was included. All information’s of patients regarding age, gendarme-operative symptoms and post-operative complications like CSF Rhinorrhea & Central Diabetes Insipidus were documented on predesigned Performa. Data was processed and analyzed on SPSS version 17.

Seller & parasailer region contains important endocrine, neuronal and vascular structures giving rise to different pathological lesions, presenting with wide variety of clinical, radiological & endocrinological features which include asymptomatic incidentalomas, hormonal abnormalities and compression of local structures due to the mass effect [1,3]. Regarding epidemiology of Pituitary tumors represent 10% of intracranial tumors (incidence is higher in autopsy series). They are most common in the 3rd and 4th decades of life, and affect both sexes equally. The incidence is increased in multiple endocrine adenomatosis or neoplasia. Classically, pituitary tumors are divided into functional (or secreting), and nonfunctional (AKA endocrine-inactive, which are either non-secretory, or else secrete products such as gonadotropin that do not cause endocrinologic symptoms). Non secreting tumors do not present until of sufficient size to cause neurologic deficits by mass effect, whereas the former frequently present earlier with symptoms caused by physiologic effects of excess hormones that they secrete [4]. Overall, it presents in the form of endocrine syndromes, mass effect, incidental finding, and the endocrine disturbance is the form of hormone over secretion, 65% of adenomas secrete an active hormone which includes 48% prolactin, 10% GH,6% ACTH,1% TSH, while the other is hormones under secretions. The pathological lesion arises in the sella turcica and extends suprasellar/parasellar. Diagnosis is done via history, neurological, endocrinological and ophthalmological examination by combining with neuro diagnostic modalities in which MRI of the brain has become the gold standard neuro radiological investigation because it provides high contrast and more detail information of both normal and abnormal tissues, while CT scan is more specific to delineate the normal bony anatomy of this area with additional advantage to see the pathological involvement of bones [3]. The objectivity of surgery in case of pituitary adenomas is to get tissue for histopathological examination in order to confirm the diagnosis, relieve mass effect of the lesion, correction of hormonal abnormalities & to prevent recurrence of the lesion. There are different open surgical approaches like transcranial approaches can be used depending upon the size and extent of the lesion, while more recent endoscopic endonasal approach for seller and suprasellar lesions is another option for surgery which is safe & more effective due to avoidance of craniotomy [5,6]. Goal of surgery is maximal safe surgical resection. During surgery, under general anesthesia patient is placed in the supine position on the operative table with the back elevated 30 degree, the head tilted back 20 degree and toward the left shoulder 25 degree. The neurosurgeon is positioned on the right side of the patient. A 30 degree, and less frequently 45- or 70-degree rigid endoscope (180/4 mm) is used. The endoscope is assembled and white balance is confirmed. The endoscope is navigated into the nasal cavity. The floor of the Sella is located 1 cm above the inferior margin of the middle turbinate. The space between the middle turbinate and the nasal septum is gently widened, and a large opening is made in the posterior internasal septum. The procedure is divided into nasal step, sphenoid sinus, seller, tumor and Seller reconstruction steps. This Procedure has preoperative complications like Injury to carotid artery, nasal septal injury and post operative complications like CSF Rhinorrhea, Diabetes Insipidus [7,8]. Tumor size is classified according to maximum tumor diameter in two categories: micro adenoma (Less than 10 mm), and macro adenomas (More than 10 mm). Radiosurgery (SRS) is alternative to surgery for patients unwilling for surgery [9]. Rationale of the current study was to determine the frequency of early complications of endoscopic endonasal trans sphenoidal surgery for pituitary adenoma in our population of Khyber Pakhtunkhwa. We are routinely doing this procedure in our unit since 2011. We do encounter early complications like CSF Rhinorrhea & Neurogenic Diabetes Insipidus. There is no recent available data on these post op complications in our population. This study showed us recent data of early complications that we experience & comparing the results of the study with other international studies showed us deficiencies in our procedure. This will help us to improve our setup and skills for better patient care (Figure 1).

MATERIALS AND METHOD
This observational case series study was performed at department of neurosurgery Lady reading hospital Peshawar. Duration of study was 3 years from Jan, 2016 to Dec, 2019. Total sample size was 201 patients with (95%) confidence level, (2.2%) margin of errors and keeping (2.6%) proportion of CSFR rhinorrhea [6] using WHO calculator. Inclusion criteria was those patients who are diagnosed 1st time as pituitary adenoma (Macro & Micro) planned to be operated through endoscopic endonasal transsphenoidal surgery. Both males and females were included in study. Patients with recurrent pituitary adenoma, unstable and unwilling patients were excluded from the study. Sampling technique was Consecutive non-probability sampling. Approval was taken from hospital ethical committee before starting the study. All patients were treated by the same medical team, using identical procedure. All information’s of patients regarding age, gender, pre-operative signs/symptoms and post-operative complications like CSF Rhinorrhea & Central DI were documented on predesigned proforma. strictly exclusion criteria were followed to control confounders and bias in the study results. Data was collected from immediate post-operative phase till patient is discharged to home. All data entered was processed and analyzed on SPSS version 17. Descriptive statistics were used to calculate mean + standard deviation for quantitative variables i.e., age, duration of symptoms. Frequency and percentages were presented for all qualitative variables i.e., gender, Symptoms (Headache, Nausea/vomiting, vision loss and hormonal effects) and complications (CSF Rhinorrhea, Central Diabetes Insipidus). Early complications were stratified among age, duration of symptoms, symptoms (Headache, Nausea/vomiting, vision loss and hormonal effects) & gender. All results were presented in the form of tables and graphs.
RESULTS
A total of 201 patients of pituitary adenoma undergoing endoscopic endonasal transsphenoidal surgery were included in the study. There were 122 (60.6%) males and 79 (39.3%) females (Figure 2). 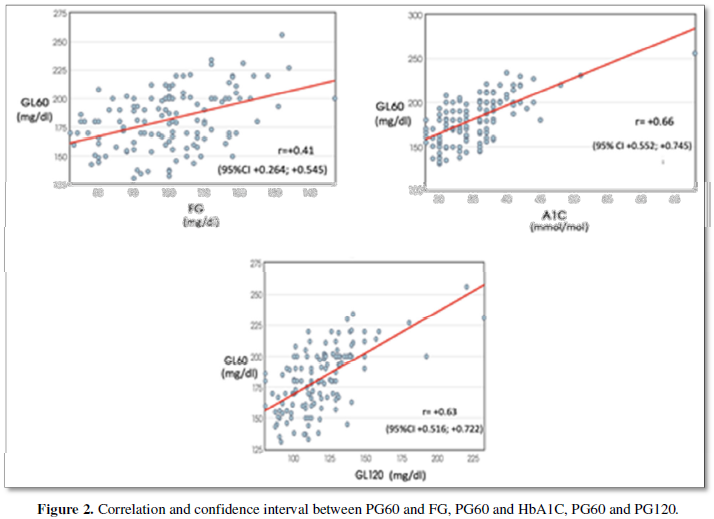 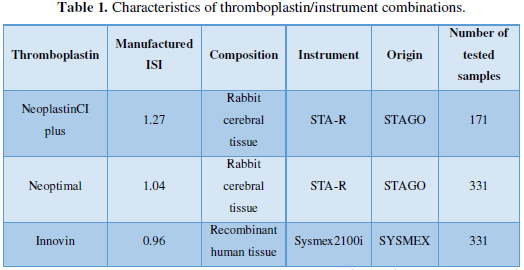 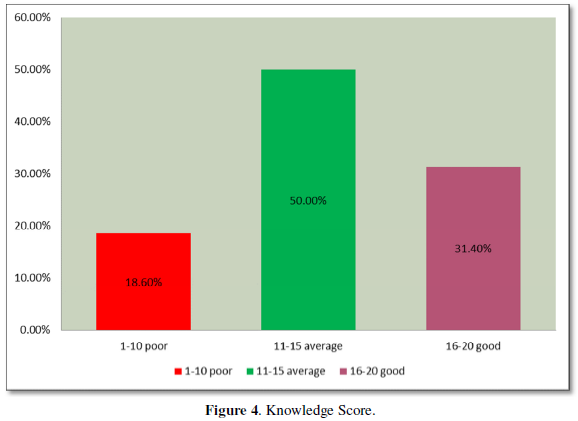 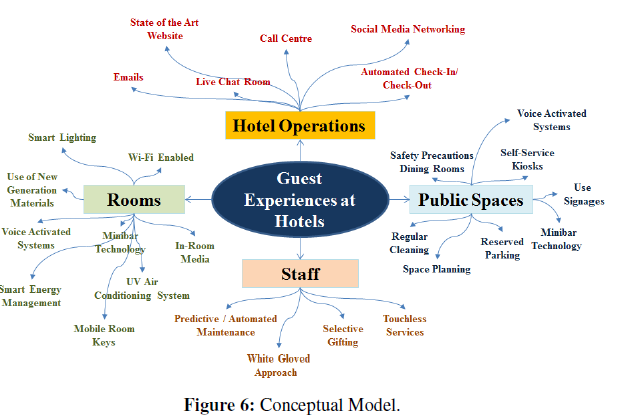 DISCUSSION
The transsphenoidal approach for resection of a pituitary adenoma was first performed by Herman Sclaffer more than 100 years ago [10,11]. Subsequently, the transsphenoidal approach created great interest, and a variety of modifications of this approach were described shortly thereafter. As discussed in a report by Henderson, Harvey Cushing was the first to present a large clinical series of 231 transsphenoidal pituitary adenoma resections in 1939. However, because lack of adequate preoperative imaging made it impossible to foretell the size and configuration of the adenomas, he abandoned the procedure in favor of transcranial approaches. The majority of neurosurgeons followed Cushing's lead, and it was not until the advent of 2 technological milestones that the transsphenoidal technique resurfaced. First, the development of imaging techniques such as CT and MR imaging provided accurate information about the size and location of a lesion and allowed for appropriate patient selection and determination of the appropriate surgical access. Second, the introduction of the operating microscope and later endoscopy greatly improved intraoperative illumination and visualization. Although there are numerous studies reporting the early complications following microsurgical transsphenoidal resection of functional pituitary adenomas [12]. Pituitary adenomas account for 15-20% of intracranial tumors. The autopsy series have suggested that incidence of pituitary adenoma in general population may approach 25%. Pituitary tumors are associated with significant morbidity and mortality, due in part, to hormone hypersecretion and mass effects following increased proliferation. The goal of the treatment is to decrease mass effect of tumor, to restore normal pituitary function and to optimize hormones hypersecretion. Various treatment modalities are available. The treatment modality depends greatly on the type of pituitary adenoma and presenting symptoms. These tumors can be treated medically, surgically and pituitary radiation therapy (gamma knife surgery). Some patients may need more than one treatment. Management of pituitary tumors needs cooperation and interdisciplinary efforts of several medical specialties. However, adverse side effects and surgical limitations to treat invasive tumors necessitate the need for novel therapeutic targets [13-18]. Surgical access to the sphenoid, seller and parasailer has been traditionally done by transcranial and transsphenoidal route. Transsphenoidal approaches can be done by trans nasal and sub labial route. Trans nasal Transsphenoidal procedure has been increasingly used in the resection of pituitary adenomas for its minimal invasiveness and less morbidity and mortality as compared with transcranial route.[12,13] Visual symptoms have been reported as one the common presenting complaint for symptomatic non-functioning adenomas (NFAs) [13,14] and, due to the gradual onset of these symptoms, it may take months, or even years, before a patient seeks medical care or before the diagnosis of NFA is made. A previous study confirmed a linear correlation between duration of visual symptoms and irreparable visual loss; therefore, it is critical for patients to seek care without delay once visual abnormalities develop [15]. In our study we encountered with complications like CSF rhinorrhea (13%) and diabetes insipidus (3.9%) in perioperative phase’s Rhinorrhea is most commonly associated with surgery of macroadenoma [16,17]. CSF Rhinorrhea was treated first conservatively for about 7 days by keeping the patient head end of bed slightly elevated, giving stool softeners, Cough suppressants, Urinary bladder catheterization and avoiding Valsalva maneuvers. Failure of the conservative treatment was followed by serial therapeutic Lumbar punctures for 3 days consecutively and in persistent cases a lumbar drain was put in for 10 days. Only one patient, who developed frank CSF rhinorrhea and tension pneumocephalus was subjected to redo surgery. In this patient probably the previous history of ventriculoperitoneal shunt was responsible for the complication 118. Repair was done using Fat ball technique endoscopically. The remaining Patients responded to conservative treatment, Serial Lumbar punctures and Lumbar drainage. Diabetes insipidus is divided into three types as Transient, Triphasic and Permanent [21]. In our study we calculated the post operative urinary output and if urine output was more than 250ml/h. For consecutive 3 h, we labeled it as diabetes insipidus. In most of the cases it was transient and treated by infusion normal saline (0.9%) according to urinary output. [19-21]. There are also other complications of Endoscopic Endonasal transsphenoidal surgery for pituitary adenoma in literature Meningitis, Pneumocephalus, Hemorrhage, Ellar Abscess, Secondary Empty Sella, Hydrocephalus and death. But we studied only commonly encountered complications (CSF RHINORRHEA & DIABETES INSIPIDUS) in our clinical experience. Reports on endoscopic endonasal transsphenoidal surgery to achieve improved resection rates via transsphenoidal approaches for large and giant pituitary adenomas continue to show promising results [13,15].
CONCLUSION
Endoscopic endonasal transsphenoidal surgery for pituitary adenoma is a safe, effective and minimally invasive procedure. It has reported limited complications as compared to open transcranial procedures. Commonly seen complications in peri operative period are CSF Rhinorrhea and Central Diabetes Insipidus. Both complications can be treated by conservative treatment.
Download PDF View PDF