Research Article
Gamma Radiation Exposure on Betta Fish
Introduction: Ionizing radiation is ever-present in our environment and is the result of radioactive decay. In small doses this radiation has little effect, however after a certain threshold is reached, devastating health effects can ensue. Dumping by factories and corporations increases the level of ionizing radiation present in the water, thereby affecting the plants, animals, and water we rely on to survive.

Results: The control tank allowed the Betta fish and kidney bean to prosper. The second tank demonstrated stunted growth, with the bean not growing at the same rate as the control. Noticeable behavior changes, changes in skin coloration, and the development of a thyroid tumor were noted by day 25 in the Betta fish. The final tank was too harsh of an environment for both bean and fish. The bean only grew to 2cm while the fish was deceased by day 20.

Discussion: Ionizing radiation can have devastating effects on plant and animal life. Dumping greatly increases the level of ionizing radiation in our water, thereby exacerbating the problem. Great care is needed to ensure the survival of the resources we desperately rely on.

Radionuclides are unstable forms of chemical elements that contain excess nuclear energy. In an effort to become more stable, radionuclides will undergo radioactive decay. This process emits energy in the form of high-speed particles, known as ionizing radiation, that have the ability to detach electrons off of atoms to create ions. Ionizing radiation is ubiquitous in our environment, however only small amounts are usually present. Small doses typically have little to no health effect, however exposure to large doses can result in devastating health consequences.

Radiological contamination of water results from the presence of radionuclides. Complete eradication of radionuclides from the water is impossible due to naturally occurring elements. However, guess where big corporations/factories dump their radioactive waste? You guessed it, large bodies of water. Dumping greatly increases the number of radionuclides present, thereby dramatically raising the ionizing radiation level. A as result, the plants, aquatic animals, and water that humans rely on for survival are significantly contaminated.

Betta Splenders (Family Belonidae), oftentimes known as “Siamese Fighting Fish”, root from the tropical Southeast Asia. This includes the northern Malay Peninsula, located in central and eastern Thailand, Kampuchea, and southern Vietnam [1]. Betta Splenders breed and live-in shallow waters, slow-moving streams, and rice paddies. This species of fish is known for their ability to survive in pungent, oxygen-poor water due to their ability to gulp air from the surface (Figure 1) [2].

Adult males can grow up to a length of 7cm while females tend to be slightly smaller, often reaching a maximum of 5cm. Adult males tend to be domesticated and show colorful pigmentation of long and ostentatious fins. In contrast, females show smaller, shorter, and less luminously colored fins. Betta Splenders survive best in waters with a neutral pH (6.8-7.4) and tropical water temperatures (75-86°F). Although, Betta Splenders can survive in oxygen-diminished water by breathing from the surface, they suffer less stress with clean water and opulent oxygen. These conditions allow them, by opening their bony opercula, to absorb oxygen into their mouth and across their gills (Figure 2) [3]. 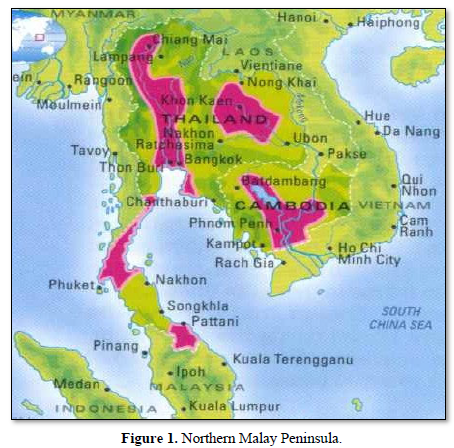 Three separate 0.75-gallon tanks were obtained and one male Betta Splender was placed in each. In the control tank a kidney bean was placed that was exposed to no gamma radiation, the second tank had a kidney bean exposed to 75,000 rad, and the third tank had a kidney bean exposed to the highest radiation level of 150,000 rad. The optimal water environment for Betta Splenders, and the one used in this experiment, is water with a close neutral pH (6.8-7.4) and temperature at tropical levels (75-86°F). Measurements of each kidney bean, the Betta Splenders ongoing conditions, and tank changes will be collected every five days. The purpose of the control tank is to show the difference between fish and plants that have not been exposed to radiation compared to the fish and plants that have been exposed to moderate and severe levels of radiation.

Each Betta fish is expected to react differently depending on the radiation exposure. In particular we are noting the change in eating habits, color fading from the scales, and the change in behavior. Kidney beans naturally grow between 1-2 weeks. However, with radiation exposure, the growth of the kidney bean is likely to be altered. This experiment will last 25 days in order to give the kidney beans a chance to adapt to the new environment. No growth is to be expected for the first few days; however, growth is expected to occur between the 4-7th days.

The aquaponic style used for this experiment is the media-filled bed system. Aquaponics is a system that combines aquaculture of raising aquatic animals in tanks with hydroponics. Hydroponics includes cultivating plants in water placed in a symbiotic environment. The water with waste from the fish tank flows to a hydroponics tray where plants grow. The waste is toxic to the fish but is a rich fertilizer for the plants. As the plants absorb the nutrients, the water is purified for the fish. The clean water can then be recycled to the fish tank [5]. This experiment is a form of man-made aquaponics to demonstrate the damage of radiation that occurs in our waters, fish, and plants [6].

The control tank, displayed in Table 1, created a healthy environment that allowed the kidney bean to grow at a healthy rate and the Betta Splender to prosper. In Table 2, the tank with a kidney bean exposed to 75,000 rad, shows more stunted growth compared to the control tank. The kidney bean did not grow at the same rate or reach the same size noted in the control tank. The Betta fish had similar difficulty thriving in this environment. By the 15th day hunger began to decrease, colors from the scales began to fade, and a white bump grew on the gill. By day 25 the Betta displayed limited mobility and the white bump grew into a thyroid tumor. The tank with the greatest radiation, results exhibited in Table 3, was incredibly harsh for both plant and fish. The kidney bean showed minimal growth, only reaching 2 cm, while the Betta fish was deceased by day 20 and removed from the experiment.

DISCUSSION
Our experiment shows the devastating effects that increased radiation can have on the growth of the kidney bean and survival of the Betta fish. The ionizing radiation results in an environment that is too harsh for both plant and animal. The recycled water going back and forth between the plant and Betta fish through the aquaponics system, exposes both to great levels of radiation ultimately resulting in adverse effects. The control tank, no ionizing radiation, demonstrates the mutually beneficial symbiotic relationship that plant and animal can fruitfully enjoy.

It has been scientifically proven that long-term exposure to radiation could possibly result in developing a tumor. The second kidney bean, exposed to 75,000 rad, caused the Betta fish to develop a thyroid tumor in its gill. The development of this tumor is primarily due to gill hyperplasia, increase in the number of cells, which is usually caused by either injury or exposure to toxins. Iodine can be extremely useful to possibly improve gill function. The recommended amount is 1 TBL per 5 gallons of water.

Radiation has an enormous impact on the probability of survival after germination. It is immensely relevant, because of the importance of the plants within the ecosystem. With radiation waste being dumped into our waters that we rely on for food and survival, the probability of the fish and plants surviving decrease. Furthermore, this experiment has proven how radiation can impact and damage ecosystems in terms of both the quality and quantity of fish and plants in our waters.
Download PDF View PDF