The Asterias rubens Fab gene was isolated in 2016. Its transcriptome was analyzed in bioinformatics according the method of Marchler-Bauer. Identities mainly with other sea star genomes were repertoried in the precedent report.

The objective of this work is to analyze Fab DNA sequence from the sea star Asterias rubens (Asterids, Echinodermata) which belong to Invertebrates [1].

RESULTS
Standard data bases (nr.) have been used [2,3] and optimized for highly similar sequences (megablast)
The DNA molecule included a query length of 863
Among sequences producing significant alignments, 5 sequences were selected as shown in Table 1.
The graphic summary follows below Figure 1.
As precedingly the Molecule type is DNA. The characteristics were the following:
The graphic summary was resumed as shown below Figure 2.

Conclusion
No putative conserved domains as homologies with Ig domains have been found. Such homologies were detected with the Fc receptor gene from Asterias rubens [4].

We retain Fab gene and Fc receptor gene exist in Echinodermata as it was already demonstrated in 2016. 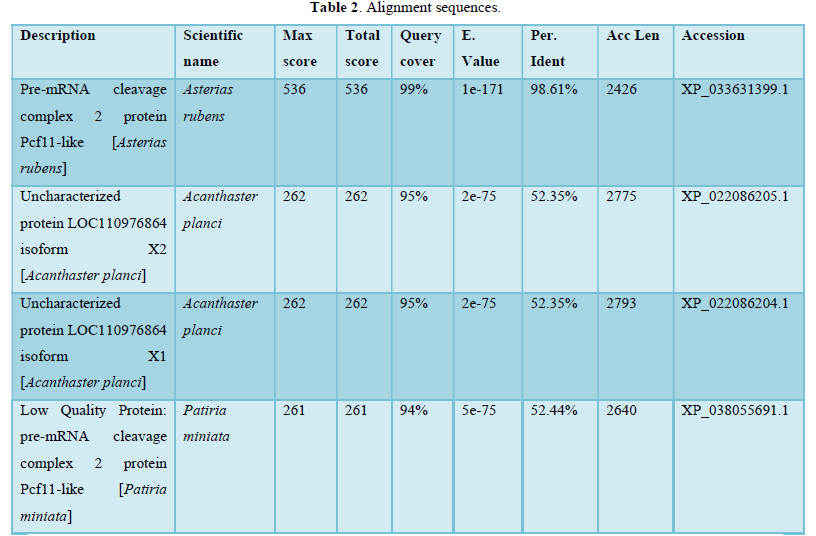