The sea star IGKappa gene was cloned in 2014 by the use of primers. It was compared, in the present work, to 2 other sea star genomes: Acanthaster planci and Patiria miniata sea star genomes. A high identity, from a bioinformatic point of view, was found, with these last ones, with, a significant e-value.

INTRODUCTION
The sequence of the sea star Asterias rubens IGKappa gene was described by our team, in 2014 [1]. Since we have tried to find homologies between this gene and genes from two other Asterids: Patiria minata and Acanthaster planci. The Asterids belong to Echinodermata phylum.
We report, in the precedent paper, results obtained with these last ones by the use of blasts [2,3].
RESULTS

CONCLUSION
We retain from this bioinformatic analysis, the presence of high identities between the sea star IGKappa gene and the Patiria miniata genome and the Acanthaster planci one. Recently, we have also described the Ophuirid IGKappa gene we discovered 1 month ago (Ref4): it is more evolved in terms of Immune functions.
These genes from Echinodermata (Invertebrates) bring us a new light in Immunogenetic World. 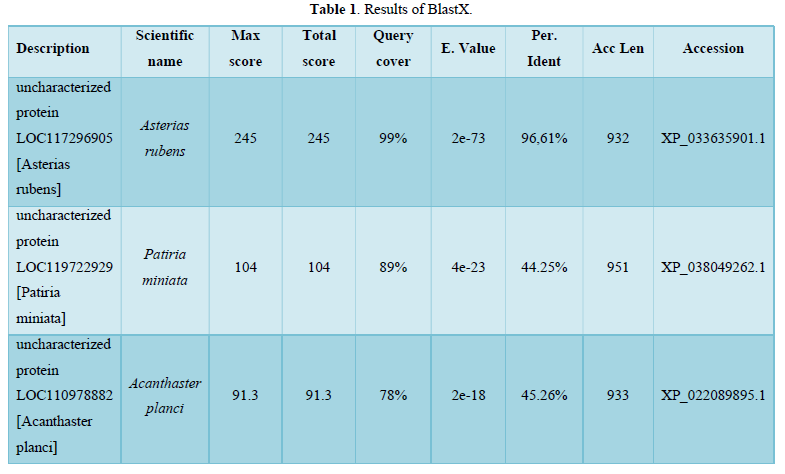