Mini-Review
A Review on Effect of Methonolic Extract of Vitex Nigundo (L.) on Haloperidol Induced Catalepsy in Albino Mice
Decreases in brain dopamine (DA) lead to catalepsy, quantified by the time a rat remains with its forepaws resting on a suspended horizontal bar. Low doses of the DA D2 receptor-preferring antagonist haloperidol repeatedly injected in a particular environment led to gradual day-to-day increases in catalepsy (catalepsy sensitization) and subsequent testing following an injection of saline reveal conditioned catalepsy.

There are plenty of synthetic drugs used to treat psychosis but not enough blissful for patients, moreover, these synthetic drugs have potential side effects. After decades of serious obsession with the modern medicinal system, people have started looking at the ancient healing systems like Ayurveda, Siddha, and Unani. Many scientists are researching over plant-based medicines and new phytoconstituents for treating these kinds of disorders and there are lots of publications on plants. Available medicines are not sufficient to treat psychosis and other neurological disorders; further outcome should come into light that’s the purpose of our review.

Catalepsy is a condition in which the animal maintains imposed posture for long time before regaining normal posture. A normal animal will correct its position within seconds and explore its environment but a cataleptic animal will maintain this externally imposed posture for a prolonged period of time [1]. Catalepsy is thought to share similarities with symptoms of human neuropsychiatric diseases such as Parkinson’s disease (PD) and damage involving parts of the basal ganglia [2]. Decreased dopamine (DA) transmission at postsynaptic D2 receptors has been implicated in catalepsy produced by antipsychotic drugs. Mice lacking post-synaptic D2 receptors exhibit profound Parkinson-like motor deficits [3]. Disrupting DA transmission with low doses of a potent D2 receptor- antagonist such as haloperidol or with partial bilateral 6-hyroxydopamine lesions of the striatum or the medial forebrain bundle leads to the development of catalepsy sensitization in rats [4]. This sensitization is context-dependent; testing the animal in a different context abolishes catalepsy. When rats are given saline in the context previously associated with haloperidol, they exhibit conditioned catalepsy [5]. 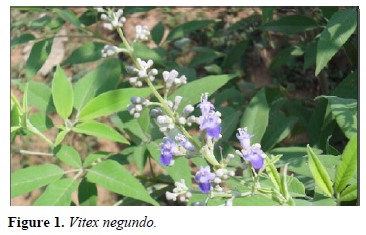 Neuroleptic-induced catalepsy in rodents has long been used as an animal model for screening drugs for Parkinsonism and it is a robust behavioral method for studying nigrostriatal function and its modulation by cholinergic, GABAergic, serotonergic and nitrergic systems [10]. Evidence indicates that drugs which potentiate or attenuate neuroleptic induced catalepsy in rodents might aggravate or reduce the extrapyramidal side effects respectively [11].

Haloperidol-induced catalepsy in rodents is a typical narcoleptic procedure is equal to human extrapyramidal side effects generated by antipsychotic drugs [12,13]. Haloperidol, (A non-selective D2 dopamine antagonist) and metoclopramide (a potent dopaminergic blocking agent) induced catalepsy is predominantly involved in blockade of dopamine receptors in the striatum also inhibit the dopamine transmission [3,14].

Since ancient times, people have been using plants in various ways as a source of medicine. We believe that plants having the potential anticataleptic activity like Vitex negundo (L.) can be added as adjuvant therapy in psychosis and other mood disorders along with respective medication like antipsychotic drugs. We can conclude that herbal plants are very rich source of phytochemicals involve in anticataleptic activity. However, further studies are required to find out the exact mechanism behind anticataleptic effect and isolating the active compounds involved for making newer medicinal product.

Allopathic medications like Antipsychotics are majorly associated with extra pyramidal side effects induced catalepsy with other minor side effects such as dry mouth, blurring of vision, constipation, urinary hesitancy in elderly males, drowsiness, lethargy, mental confusion, postural hypotension, palpitation, inhibition ejaculation, hyperprolactinemia, amenorrhea, infertility, galactorrhea and gynecomastia. To overcome this, natural medicines after evaluation can be included in treatment procedure of psychosis due to less side effect profile. The aim of our study is to find out new and innovative treatment for psychosis having fewer side effects (sedation and anti-cholinergic effect), with lower toxicity in higher dose, rapid onset of action, greater efficacy, effective in patients non-responsive to Phenothiazine and Atypical Antipsychotics.
Download PDF View PDF